At this moment, the music industry is booming, which could mean a fairer deal for indie artists. 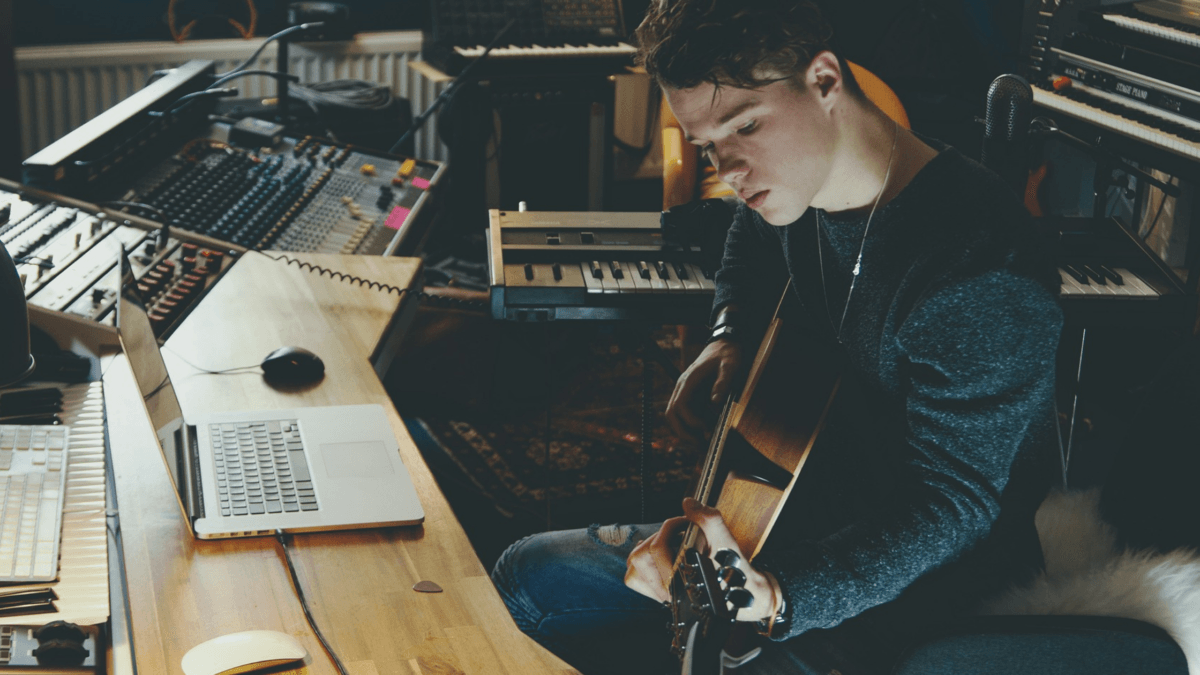 In this piece, we’ll be revealing one of the music industry’s worst-kept secrets about making money from music. No, it’s not about knowing many people; we’re referring to sync licensing. Do you know that Songtradr referred to sync licensing as one of music’s underrated moneymakers? Of course, it’s one of the surefire ways of making money as a musician.

For many indie artists, sync licensing sounds like a new word, one that they are oblivious of the value of dollars it can generate into their pockets. For those that are aware, they hold the belief that sync licensing is meant for just established artists.

Regardless of your beliefs, let’s hope you’d realize the vast potential in sync licensing at the end of this piece.

What Is Sync Licensing?

You will either come across it as synchronizing licensing, sync licensing, or music licensing. The name doesn’t matter actually; what is important is the Mulla it fetches you.

Sync licensing is one of the numerous ways of making money as an indie artist. Basically, it’s making money from your music due to its use in other visual media. If your music is used in a movie, video game, advertisement, TV shows, etc., you can generate substantial revenue. That’s not to talk of the vast exposure this can give you and your music.

There’s an explosion in the quantity of video content, both in production and consumption. It started with YouTube, but we’ve seen Netflix, Amazon, DisneyPlus, and even video games joining the fold.

While sync licensing deals are often between a major Hollywood studio and big-name artists, there’s also room for indie artists, songwriters, and composers.

It does not have to be a big hit for your music to be used. Regardless of the size of an artist, a big sync deal can put the artist on a global map. We saw it happen in 2008 when Feist’s 1234 was used in an iPod Nano ad. What that sync did was extraordinary; it was a boost to the young singer’s career, leading to four Grammy awards.

Imagine how a piece of old music reached a new generation of listeners when Badfinger’s 1972 hit “Baby Blue” was used in the last scene of “Breaking Bad.” While the sync licensing industry is an unknown and uncharted territory for many artists, it holds enormous rewards both in the short and long term.

As an indie artist, major advertisers are likely to find your music interesting to bring a new sound and voice to the scene.

Outside of all these, we believe indie artists are positioned to make more money from sync licensing due to the following reasons;

There’s always going to be the scenario where the music supervisor is caught between the options of splashing the entire budget on a major artist or sticking with 5 to 10 indie artists. Usually, the decision will always be in the indie artist’s favor.

Music supervisors have been listening to songs all their lives. However, satisfaction is derived from being the first to hear a song or breaking an artist into the limelight.

You are at an advantage as music supervisors want to discover goldmine in indie artists. Most importantly, being the one to introduce them to the world in a sync placement.

There’s a thick line between songs by established artists and indie artists. The former is often trend-driven, restrictive, and heavily produced, while the latter are often risk-taking, deep feeling, and unique.

The latter is always what music supervisors are looking for. It’s always the best fit for the moment.

Another edge that indie artists have over the big names is their full ownership of copyright. This allows music supervisors to clear music quickly for the sync users.

Think of how long it’ll take to work on the rights of a Kanye West song with about seven writers and publishers, compared to an indie artist whose music you can clear with just a single email.

Let’s bring it to a clearer perspective with statistics and facts;

Who is Responsible For Sync Licensing Deals

To make a sync deal happen, the synced content must complement each other. Two goals guide a sync licensing deal; the song must be the best that fills the content, and secondly, the sync license must be acquired on a budget and on time. It’s just like every other music business deal; there’s always someone who intends to connect the artists to the final user.

There’s no long list of sync users; we currently have movies, video games, advertisements, and TV shows. However, we have new entrants: content creators (YouTube) and independent cinemas.

These are the middlemen between the sync users and the music industry. Their job is straightforward, ensuring that the goals of a sync license are achieved. You’ll find the music supervisors as part of a production company or an independent agency.

In clear terms, a music supervisor is expected to deliver a piece of music that fits the creative brief, enhances the scene’s mood, and fits the budget.

These are the people who have direct access to people looking for the right music to use in their visuals.

These licensing companies have different approaches; while others are aggressively looking for placement opportunities for the artist, others maintain a catalog that sync users can look through.

As far as sync licensing is concerned, there are dozens of music licensing companies with the right platform and resources to connect you to the sync users. Some are just for you to submit music for sync licensing opportunities.

Note that this list is not a form of endorsements but a place for you to start your quest for income through sync licensing.

Final Thoughts on How to Make Money Through Sync Licensing

If you are serious about how to make money from sync licensing, you might need to consider it as a full-time job. With time, it’ll fetch you good money passively.