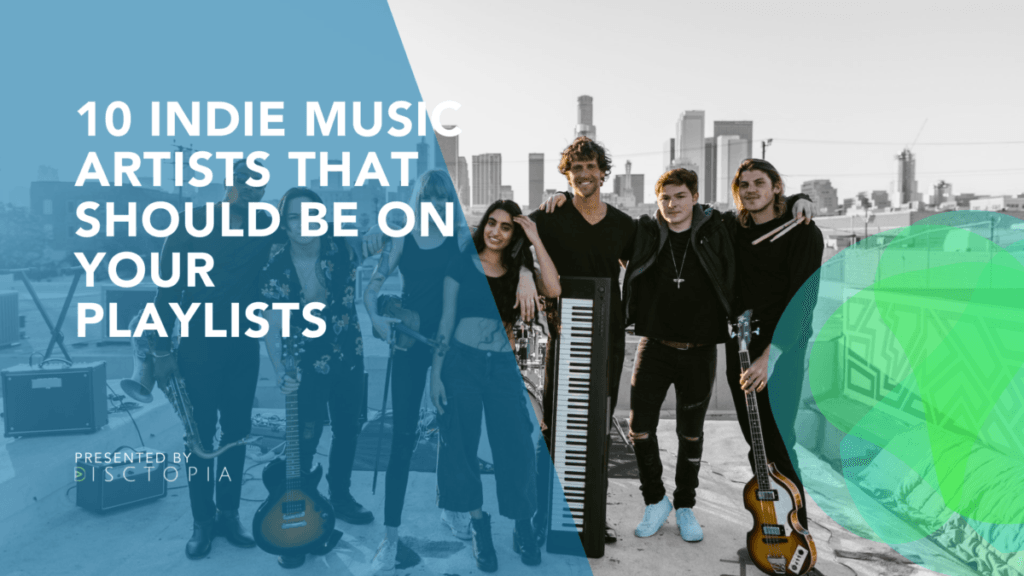 Give them a listen and discover your new favorite indie music artist.

Charlotte Day Wilson is a Canadian indie music artist. She has been making waves in the industry since the mid-2010s. She’s known for her contemporary R&B sound.

Her debut album, Alpha, was released in 2021. She’s been nominated for several awards. These include the Juno Awards and the Polaris Music Prize. Her music is perfect for those looking for a unique blend of soulful and modern sounds. Be sure to add Charlotte Day Wilson to your indie music artist playlist.

Ghost Woman is an indie rock artist hailing from Alberta, Canada. Their sound is a hypnotic blend of garage-rock and psych-blasted punk. It also includes jangly and lo-fi indie pop.

They’ve worked with Jacco Gardner, King Gizzard & The Lizard Wizard, and the Mild High Club. They released their debut EP, “Lost Echos,” in 2021. Their eponymous debut album was released in 2022 through the label Full-Time Hobby.

Envelope-pushing artists like Can, Jefferson Airplane, and the Byrds inspire Ghost Woman’s sound. Ghost Woman is a must-listen if you want to add some fresh indie music to your playlist.

TONE is a London-based musician who’s making waves with their unique sound. Combining elements of post-punk, R&B, dub, and shoegaze, their music is both mellow and powerful.

Their solo debut, So I Can See You, is a minimalist masterpiece. It blends guitar and piano riffs with a synth-pop bounce. TONE is an excellent choice if you’re looking for a fresh indie music artist to add to your playlist.

Their music is a must-listen for fans of the genre and a great way to discover something new.

Helado Negro is an indie music artist who should be on your playlist. He was born in 1980 to Ecuadorian immigrants as Roberto Carlos Lange. Helado Negro is a South Florida native now based in Brooklyn.

His music is an engrossing statement achieved through lyrically personal and political avant-pop. Since 2009, Helado Negro has released six studio albums, EPs, and live albums. He explores Latinx identity and pluralistic sensibilities.

Fears is an indie music artist that should be on your playlist. Her debut album, Oíche, is a captivating mix of folk and dream pop. It also blends indie electronic and R&B. Fears’ voice is unique and haunting. She delivers her lyrics with a style reminiscent of Björk and PJ Harvey.

Her music is brutally honest and emotionally raw, making it a must-listen for indie music fans. Her sound is one-of-a-kind, and her lyrics are incredibly personal. This makes this album a must-listen for an intimate musical experience.

Minami Deutsch is an indie musician who deserves to be on your playlist. Based in Tokyo, Krautrock and minimal techno heavily influenced this four-piece band. A driving Motorik beat characterizes their sound. It has humorous yet bizarre Japanese lyrics and sharp guitar tones.

Their debut album is an absolute love letter to Krautrock legends. This album is a must-listen if you’re a fan of electronic pulses drifting in space. They have a limited cassette edition, including two bonus live recordings. Minami Deutsch is an indie music artist you don’t want to miss.

Dijon is an up-and-coming indie music artist from Baltimore, Maryland. His music career began as one half of the duo Abhi/Dijon while he was attending college.

His first solo EP, Sci-Fi 1, was released in 2019 and was followed by the EP How Do You Feel About Getting Married? in 2020. His debut album was released in 2021, and he made his television debut on The Tonight Show in 2022.

Dijon’s music is a unique blend of indie, folk, and soul, influenced by Little Feat and Lucinda Williams. Dijon is one to check out if you’re looking for an indie music artist to add to your playlist.

Nation of Language is an American indie pop band that’s been making waves since 2016. Led by Ian Richard Devaney, the band brings a unique post-punk sound that will get your toes tapping.

The addition of Aidan Noell on synthesizer and backing vocals and Alex MacKay on bass guitar is electric. The trio delivers a fresh take on indie music that will get you hooked. If you’re looking for a new indie music artist to add to your playlist, Nation of Language is a must-listen.

Holy Hive is an indie music artist duo from Brooklyn, NY. Combining folk and soul elements, they create a unique sound they call Folk Soul. Homer Steinweiss’ drumming and Paul Spring’s falsetto vocals create a soothing sound. This will transport you to a better place.

Their latest self-titled album is full of personal, reflective songs. It explores the joys of partnership and the profound depths of life. Holy Hive should be at the top of your playlist if you’re looking for something new.

Fake Fruit is an indie music artist that should be on your playlist. They bring raw energy to their post-punk and garage rock sound. The 11 songs are full of grit and emotion on their self-titled debut album.

This band is as honest as it gets, with no theatrics or veneers. It’s like having a friend jump on the mic and give you something authentic, unfiltered, and uncut.

Fake Fruit is the perfect mix of intense and intimate. Their live shows are sure to be a memorable experience. So add them to your playlists and get ready to rock.

Indie music has a unique sound and style that all can enjoy. With so many great artists, it’s hard to narrow the list of must-haves for your playlist. You should include these ten indie music artists for a listening experience.