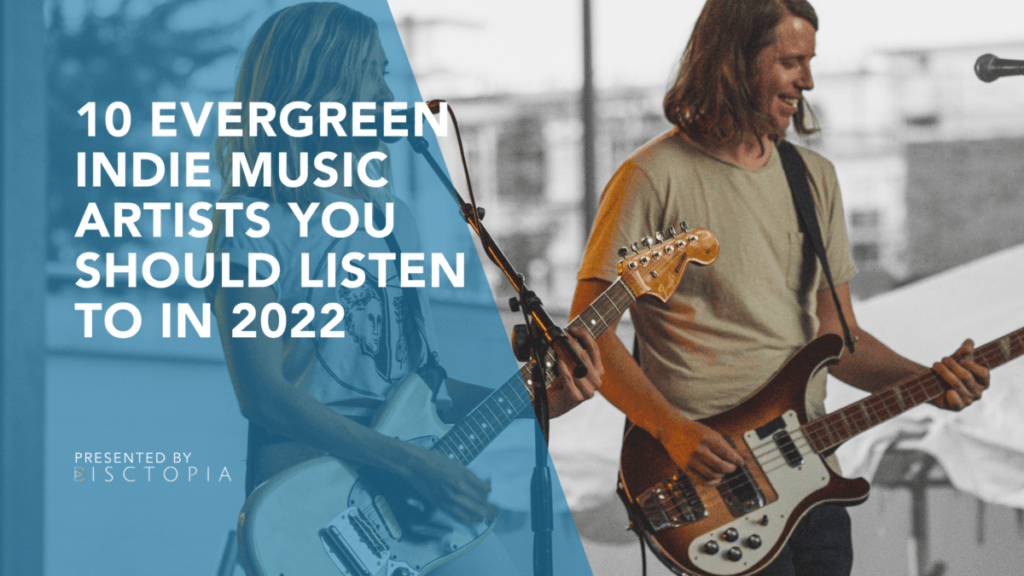 Indie music artists are a unique breed. They don’t rely on record companies to get their music to the masses. They use social media and other platforms to reach their audience.

This gives them more freedom and control over their careers. This is more than most mainstream artists have. But it also means that most of them won’t be among the biggest indie artists.

However, some indie artists are rising to the top of their genre. They have carved out a niche for themselves and are getting noticed by more people. These are the evergreen indie music artists you should listen to right now.

Chvrches: One of the Biggest Indie Artists

Chvrches is a band Iain Cook and Martin Doherty formed in Glasgow, Scotland. The band comprises Lauren Mayberry, Iain Cook, and Martin Doherty. They released their first album, The Bones of What You Believe, in 2013. It was nominated for a Mercury Prize.

In 2014, the band released their second album, Every Open Eye, reaching number four on the UK Albums Chart. In 2018, Chvrches released their third album, Love Is Dead, which also did well on the charts.

Their most popular album is Screen Violence. The band is known for its synth-pop and indie-rock sounds.

Weezer is an American rock band that formed in Los Angeles in 1992. They have been called “The Best Pop Punk Band” and have sold over 30 million albums worldwide.

The band comprises Rivers Cuomo, Patrick Wilson, Brian Bell, and Scott Shriner. They released their first album, Weezer (the Blue Album), in 1994. This was certified triple platinum by the RIAA. In 2002, they released Maladroit, which was also certified platinum.

Their longevity has allowed them to remain relevant in the music scene. This is an excellent feat despite their early success. They have had several hit singles, including “Beverly Hills” and “Hash Pipe.”

As one of the top up-and-coming literary bands, Soccer Mommy is a breath of fresh air for the indie music scene. Her debut album, Clean, was released in 2017 and became certified gold by the RIAA.

Her lyrics are raw and honest. Furthermore, her songs tell stories about real-life experiences that many can relate to. The band comprises Sophie Allison, who goes by the stage name “Soccer Mommy.” She has been compared to artists such as Mitski, Courtney Barnett, and Hop Along.

The band has just released their sophomore album, Clean II, which is a follow-up to their debut album.

Some indie music artists make music that makes you feel like you’re floating on a cloud. Pinegrove is one of those artists. The band comprises Evan Stephens Hall, who goes by the stage name “Pinegrove.” He has been compared to artists such as Conor Oberst and Elliott Smith.

Do you want to listen to some great indie music? You should check out Pinegrove. The band has some fun and upbeat songs, as well as some slower, more emotional ones. They have been one of the best indie bands in recent years.

Band of Horses is an American indie rock band from Seattle, Washington. They are one of the biggest indie artists around. Ben Bridwell, who writes all the songs, formed the Band of Horses in 2004.

The band has released six studio albums, including Infinite Arms and Cease to Begin. These have been certified gold by the RIAA. Their most famous song is “The Funeral.” The song is off their debut album, Infinite Arms. It was nominated Best Rock Song at the 53rd Grammy Awards in 2011.

Phoebe is a new name in the music industry, but she’s already made her mark as one of the top emo-rock indie artists. Her debut album, Stranger in the Alps, was released in 2017. Ethan Gruska, a famous singer-songwriter, produced it.

The album reached number 82 in its first week on the Billboard 200 chart and has been certified gold by the RIAA. Phoebe has a mellow voice, catchy lyrics, and guitar riffs. This makes her music perfect for listening to on a rainy day or when you need some background noise in your room.

Yes, J. Ember cannot be said to be among the biggest indie artists. But if you’re an indie music fan and have not heard of him yet, then you are missing out on some outstanding music.

Ember has been active in the industry for several years. He has produced many albums that have received critical acclaim.

His latest album, Full Size Render, was released in 2021 after many years of writing. The album combines folk and indie music. It features songs ranging from acoustic to rock-inspired.

The UK-based Alt-J is a band that has been active in the industry for several years. The band is known for its unique style of music, which blends folk with indie rock and pop music.

Its first album, An Awesome Wave, was released in 2012. It received critical acclaim from critics and fans. Charlie Andrew and Mark Bishop produced the album.

Charlie also worked on the band’s second album, This Is All Yours, released in 2014. Both albums were commercially successful, earning multi-platinum certifications in several countries worldwide.

Death Cab for Cutie: One of the Most Recognized Artists

This band is recognized as one of the biggest indie artists. Their brand of music has a unique sound that draws listeners in and wins them a loyal fanbase. This is one reason they are one of the most successful bands in the indie scene.

Death Cab for Cutie’s fourth studio album, Transatlanticism, was released in 2003. It brought them mainstream success for the first time.

This brand of music is known for its charming and heartfelt lyrics full of emotions. The band’s music is also characterized by an upbeat tempo and a folk-rock sound.

Victoria Monét is an American singer, songwriter, and rapper. She gained popularity for her single “Jaguar.” The song was released in 2020. Victoria Monét is a talented artist with a beautiful voice. This makes her music more appealing to listeners.

Many radio stations have played her songs worldwide. She has also performed at several award shows, including BET Awards 2022.

Victoria Monét is a rising star in the music industry. She has several popular hits. These have gained millions of views on YouTube and other streaming platforms. Fans love her music because it’s upbeat and catchy.

If you’re an indie music fan, you can always find something new to enjoy. This article is a great place to start if you’re looking for some good indie music artists to listen to. Some of the artists here are the biggest indie artists who have made a name for themselves in the music industry.