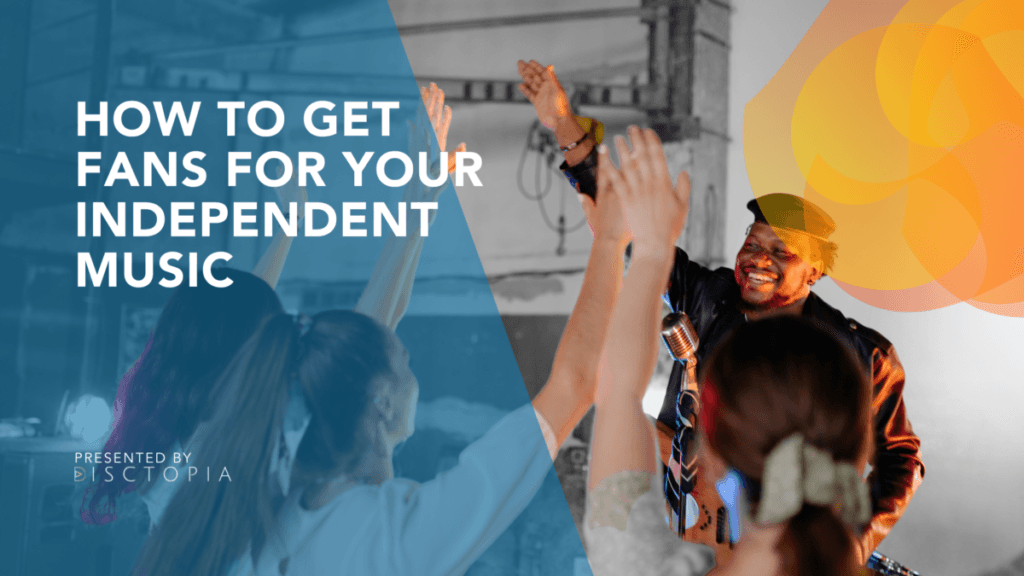 As an independent artist, you have to do virtually everything yourself at first. You need to self-produce, distribute, and promote your songs. This might be because managers will want a cut of your little revenue and publicists are certainly not cheap. With that said, the biggest independent artists in the industry reach that pinnacle of success because of their fans.

You need fans to make money. Apart from that, the success of an independent artist’s music is measured by their popularity. The bottom line is, you can’t reach the top without people cheering you on. That begs the question of how to get fans for your independent music?

Social media is probably the easiest way to increase your fans today. You probably already own personal social media accounts and you know how to navigate them. The next step is for you to turn it into your promotional platform to get more fans.

First, you need to create social media accounts for your music. You can then go ahead and utilize your channels. Post everything about your songs, recent gigs, and upcoming events.

Be mindful of the peculiarities of each social media channel. Instagram users will engage more with an eye-popping photo or video. Twitter is famous for its short threads. Facebook users are more dynamic. You can rotate between sharing videos, photos, and stories on the platform.

If you update your followers regularly and engage them, they will eventually switch to becoming fans. Fans eventually turn into super fans.

Don’t sleep on emails. Do you know that there are about four billion email users globally? Email is one of the richest tools to get fans for your music as an independent artist. By simply collecting people’s emails and getting in touch consistently, you can skyrocket the number of fans you have.

Live shows are the perfect avenue to get emails. Collect people’s mail backstage before and after your show. You can also get email addresses from your website. With an aesthetically pleasing and functional landing page shared on social media, you can get people to sign-up for your mailing list. The biggest independent artists also give a pop-up quiz, which will prompt website visitors to share their email addresses.

Draw on your Disctopia Followers

You can’t just upload your awesome songs on Disctopia and hope they get to the right audience. Independent artists’ music is enjoying the benefits Disctopia offers. But do you have followers on the platform? To get more followers, you need to upload exceptional songs that draw attention. Make sure your bio is descriptive and your cover art is original and catchy. More importantly, follow some of the biggest independent artists on Disctopia on social media.

You can’t ignore old fans for new ones. Interacting with your followers on Disctopia is a great way to get your fans talking about you. However, don’t engage in controversial conversations that can destroy your reputation with your followers.

Gigging has always been one of the best methods of gaining a new tribe. Some of the biggest independent artists also perform live shows. At first, you might have to perform for free or the pay might seem ridiculous. However, the goal is to put your music out there for the world to hear. So, accept that gig to perform to a small audience at events.

Apart from gigs, radio and television shows can also boost your fanbase. Attend interviews with local radio presenters and use them to promote your songs. Some popular internet platforms, like Forbes, also interview rising independent artists about their music.

Exclusive gala and charity events will not only get you fans but also land you major sponsors. Also, donating to a charity of your interest can endear you to people of similar interest.

Network and Collaborate With Other Artists

You already know that working with other artists might put your music at the top of the chart, especially if the artist is quite popular. However, no rule says you can’t make the record label’s fans your fans as well. What’s more, collaborating with other musicians is a free advertisement.

You can either work on the remix of the biggest independent artists or create a song with artists signed to a record label. The record label will promote your song alongside its artists.

Networking with other independent artists’ music will allow you to keep up to date with the latest trend in the industry. Connecting with artists of similar genres, especially those that are already well-established, can get you pointers on how to build your community.

Organize Competitions and Give Aways

One way of engaging your fans is through contests. You can use your social media platforms to organize competitions by asking your fans to do a particular task. For instance, you can ask your TikTok followers to sing another version of your song, and the best singer will win a prize.

Organizing a competition will help you achieve three things. It is a way of interacting with your loyal fans. Contests also help you gain more fans through social media sharing and at the same time, become a trendsetter in the industry.

On the flip side, doing a giveaway does not have to involve competition. You can just ask your fans to comment on a post and the first ten commenters will get a prize. With this, your followers will look forward to your next post. You can give away a song from your unreleased album, merchandise, or tickets to your concert. The biggest independent artists usually give out merchandise as a giveaway.

Independent artists’ music can also get the right attention. Not all artists can be famous with a record label. For instance, Frank Ocean did not become popular until after he became an indie artist. However, you can’t just produce music and keep your fingers crossed.

You can be doing promotions in-between song releases. Social media has made it easy to get your music across the globe. However, traditional PR methods are still effective if you do it right.