Black Sitcoms have done a great job capturing what it’s like to be a black person in a world that does less to cater to the black race’s need. These shows have offered everyone what the rest of America does not know about the black man and woman’s plight, successes, and failures.

Not that Black Sitcoms of All-Time are new, the Prince of Bel-Air has been on TV for over three decades. There’s quite a lot of reasons why Black sitcoms are loved both within and outside the Black and African American communities, and it’s beyond the good laugh it creates. 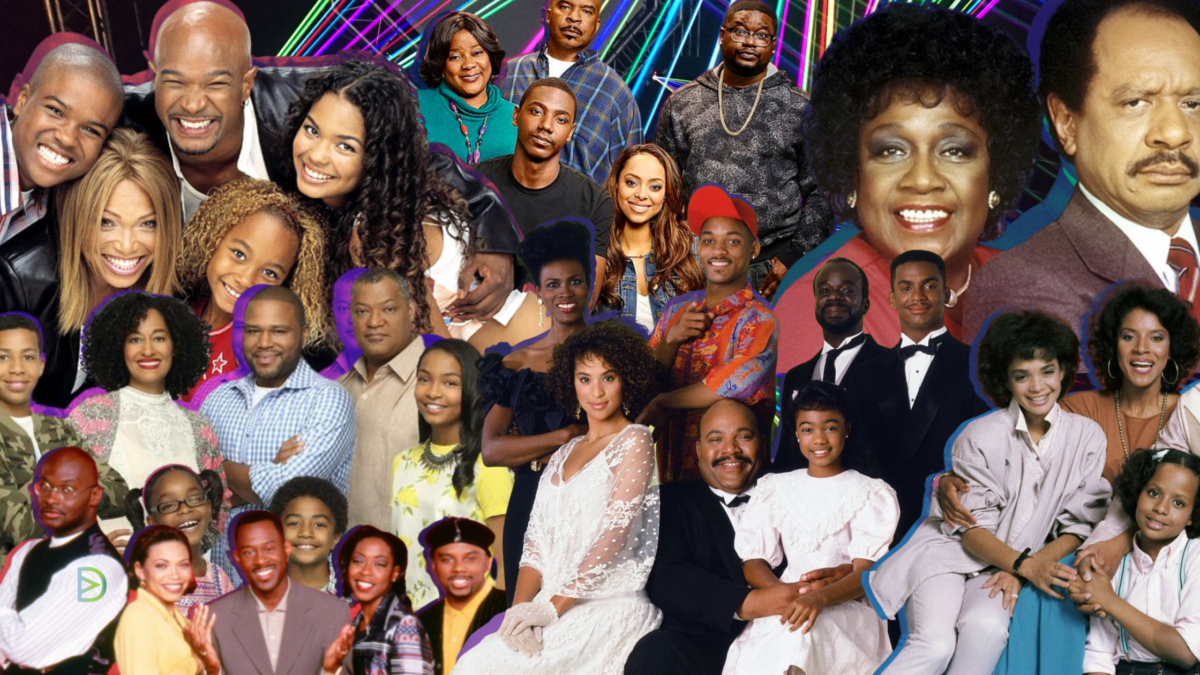 While Black Sitcoms are growing by the day, there are the good and not-so-good ones. That’s why we’ll be inducting these Black sitcoms into the Disctopia Hall of Fame.

For a TV show that Barack Obama loves, Blackish is worth being on our list of the Black Sitcoms of All-Time. To be frank, Blackish is beyond just another average TV comedy show.

Blackish approaches class, culture, and race in a refreshing way. The way Blackish touches on issues of concern ranging from police brutality, stereotypes, and even finding some form of humor in how Black churches run.

When you watch Blackish episodes, you’ll realize that the Black sitcom is close to real-life situations. As groundbreaking as Blackish is, it still carried the audience along throughout the way.

At a time when there’s a lot of unknowns about the Black and African American community, The Cosby Show did a fantastic job of correcting a lot of wrong notions. Fighting stereotypes and offering America an inkling into the lives of the middle-class Black family.

The 90s is what it is on TV because of Martin. It runs from 1992 to 1997, doing an excellent job of bringing laughter to many homes endlessly for five seasons. Starring Martin Lawrence as Martin Payne, a Black DJ, and Tina Campbell as Gina, whom Martin lived within Detroit.

Martin’s climax is usually when Martin and his girlfriend are at loggerheads, more of a cat and rat thing.

Two decades after Martin stopped airing; it still brings entertainment to the minds and hearts of everyone who followed this Black Sitcom.

2. The Fresh Prince of Bel-Air

Have you heard the theme song to The Fresh Prince of Bel-Air? We think that should be your first point of call before reading ahead. The story behind the Black Sitcom is one an average Black family can relate to.

Being an all-Black cast, the story of the fictionalized life of Will Smith, who moved out to the Bel-air mansion from his mother’s home in Philadephia. The storyline captures a man who was struggling to adapt to wealth without losing sight of his life.

The Fresh Prince of Bel-Air is about class’s role and how it relates to our skin color.

For lovers and followers of The Jeffersons, it’s one of the most underrated Black Sitcom on TV. The Jeffersons are an African-American family who moved into a luxury apartment while building close rapport with tenants.

From 1975 to 1985, The Jeffersons grew in popularity among both Blacks and even non-Blacks. It broke several barriers by being the first sitcom to star interracial couples. The divergent to showing Africans Americans living and loving luxury is also never seen before on TV.

Many loved the sitcom for portraying in George how hard working blacks can be and climbing up higher in the social class.

Outside of these top 5 Black Sitcoms of All-Time, there are also other Black shows that deserve a look;

Think of it as a spin-off of The Cosby Show, one that showcased African Americans’ diversity. Beyond the good laughs offered by Whitley and Dwayne’s love-hate relationship, A Different World’s excellent casting and rich characters make it one of the best.

Want a feel of the times? Then you need to catch up on this show. From the theme song to the laugh the brothers give out freely, you’ll know the show is a good one. While some may call it snarky, know that many think of The Wayan Bros as a comedy that displays brotherly love and stereotypes.

It’s about a positive relationship aging father and his adult son. Sandford and Son, as one of the classic American TV sitcoms, went on to become a massive hit on TV. There’s a lot of reasons why Sandford and Son will continue to live with future generations.

From 2001 to 2005, My Wife and Kids delivered pure bliss into the homes of millions of Americans. Called a Madcap comedy, the comical nature of the sitcom centers around the family dynamics. Honestly, it’s a must-see classic.

When Indiewire called it TV’s boldest sitcom, you’ll know you in for not just laughs. A Black sitcom that is never afraid to present its audience with a good laugh before switching back to reality. The Carmichael Show takes to show where it’s real by discussing rape, patriotism, and even assisted suicide.