Today, Self Esteem (Rebecca Taylor) announces her first-ever American live shows in New York (March 10), Los Angeles (March 14), and Austin’s SXSW (March 15-19). To celebrate the release of Prioritise Pleasure, Self Esteem performed “I’m Fine” for Stephen Colbert’s #LateShowMeMusic this Thanksgiving weekend. Also, this week, The Guardian named her single “I Do This All The Time” their Best Song Of The Year 2021. 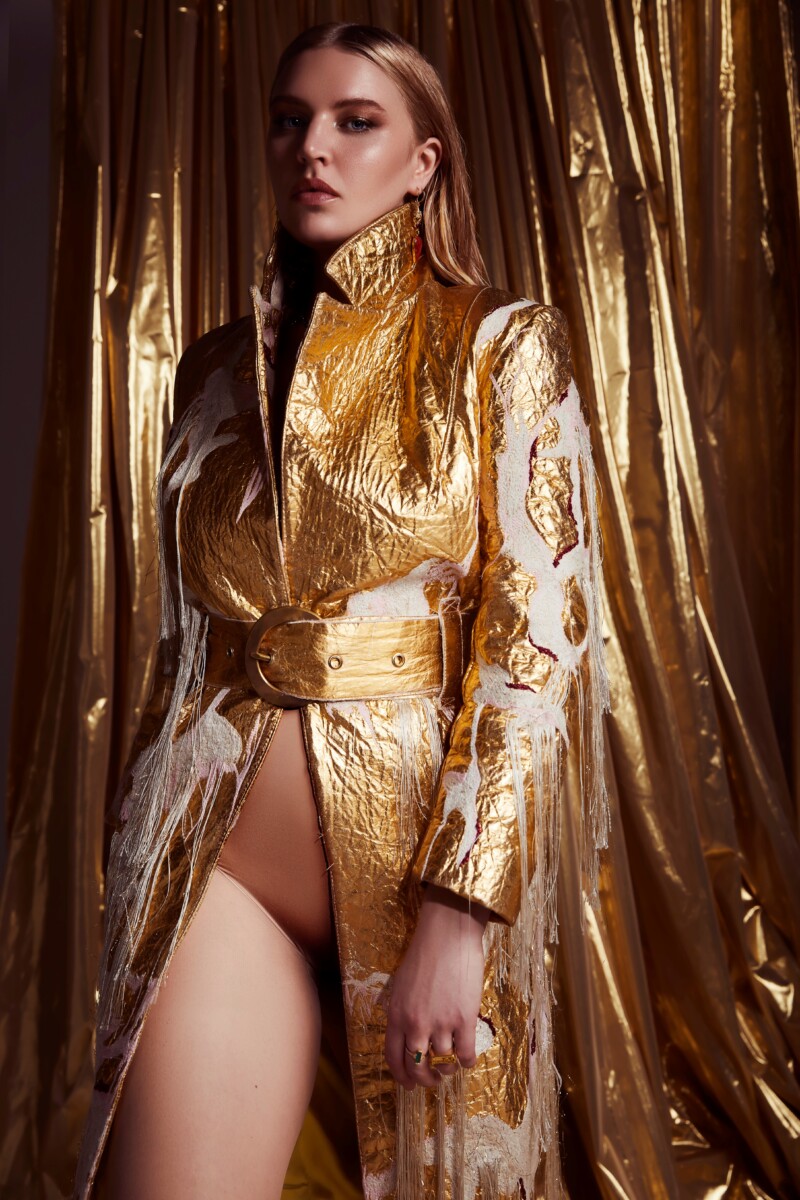 A space for catharsis and euphoric celebration, a Self Esteem live show is not to be missed; tickets will go on sale on Friday 12.3 @ 10 am local time; see below for a complete list of tour dates.

Last month, she released her hugely acclaimed second album Prioritise Pleasure via Avenue A / Fiction Records. Featuring the acclaimed singles “I Do This All The Time,” “Prioritise Pleasure,” “How Can I Help You,” “Moody,” and “You Forever,” Prioritise Pleasure is a significant step up from Rebecca Taylor’s 2019 debut Compliments Please and sheds light on important issues around female autonomy, comparison culture, self-doubt, heartbreak, sexual assault, comparison culture, and self-acceptance, comforted and counter-balanced with an array of rhythmic flourishes that speak to the eclecticism of her experience and influence.

The follow-up to Self Esteem’s acclaimed 2019 debut album Compliments Please, Prioritise Pleasure is a record that reminds us all of the importance of being our unapologetic selves, putting your insecurities out there in the hope that it can be the first step towards healing them. Honest disclosure has always been Self Esteem’s forte. So each track on Prioritise Pleasure handles complex themes with nuanced perspective, comforted and counter-balanced with an array of rhythmic flourishes that speak to the eclecticism of her experience and influence.

The funk-pop shimmy of “Moody” is anthemic in its analysis of self-sabotaging habits. At the same time, opener “I’m Fine” builds a stomp-and-clap wall of solidarity, staking out defiant new ground. Using Taylor’s penchant for voice notes, the song’s striking outro draws on snippets of conversation taken from work she did in 2019 with The National Youth Theatre, devising a short play with a group of young people female-identifying creatives on the topic of consent.

“It turned into the most amazing month, sitting in a circle and having all these teenage chats,” Taylor says. “But now and again, there would be some particular insight that would just put goosebumps all over my body.” One such moment was a story shared by a woman in her early twenties, whose fear of walking at night can be heard on the track. “It sounds so stupid, but me and my friends…if a group of men approaches us, we will bark like dogs…there is nothing that terrifies a man more than a woman who appears completely deranged.”

“It sets a precedent for the whole record; like really, is that what we have to do to feel safe?” says Taylor. “I am so angry that I can’t go on holiday alone. I’m so angry I can’t walk home without someone freaking me out, or worse. And the idea that the only defense we have is to be terrifying is so wrong, but it’s as normalized in society as the idea of feeling heartbroken by a guy that doesn’t text you back enough.”

“Breaking a personal cycle of trauma-suppression,” Taylor says, “starts with laying out these instances of her personal experience – self-doubt, heartbreak, sexual assault, the urge to compare – and realizing that one stands out as something that truly can’t be justified as part and parcel of life.”

“What’s the one thing that none of us deserve to have happened to us, but almost all women have had? But to fucking life and survive and not spend every day wanting to slay every man I see in the street, I’ve had to normalize it.” She pauses, finding a moment of clarity. “I guess this album, the reason it’s so full of love for myself, is that I’m finally seeing that none of those things is my fault.”